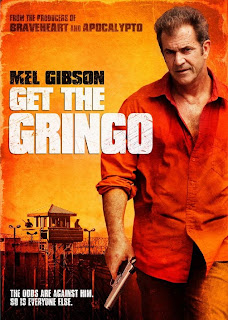 When it’s over, despite all the negative press Mel Gibson has received in the past, he’s still a solid actor I enjoy watching.  His latest film has him speaking Spanish as an inmate in a Mexican prison, where he befriends a 10 year old boy (Kevin Hernandez), who is targeted to be killed for a liver transplant for a rich inmate.  The major thing that stands out for me in the film was the setting.  I think choosing to have the film set in a Mexican prison gave the story a grittier look, offering a new backdrop to a story that’s been told too many times – the story of revenge and justice.  The El Pueblito prison depicted in the film was a reconstruction of the famous shantytown prison of the same name, which was built in 1956 in Tijuana, Mexico, before it was dismantled in 2002.  Forty percent of the dialogue was in Spanish (mostly offensive slang), lending to the flavour and atmosphere of a cut-throat environment where money was your best friend and you’re universal weapon to survival.   In the communal prison, money could buy you just about anything and everything, including real estate (where you slept), bathroom usage, drugs, and a day trip outside the guarded walls.  Even visitors had to pay a fee.  The set design was great.  The designers held nothing back to capture the seedy alleyways, the rundown courtyards, the “lack of privacy” sleeping quarters, and the various kiosks where money was exchanged on a daily basis.  Corruption was depicted on every corner and on every wall.  Whether it was sewage stains or bullet holes, the designs and decoration really drew the viewer into the world of the characters.   It’s a shame this film didn’t get a North American release, because I think it would have done well.  Somehow, it bypassed theatres and went straight to on-demand and DVD.  Perhaps it was the title.  Maybe just “Gringo” would have sold the film better.  I would recommend this film for viewers who don’t mind the violence and dark humor.  There are some plot holes, but somehow it doesn’t really affect the film, since the film’s driven by action.  If you liked Payback (1999), you’ll most likely enjoy this film, since the main characters and themes in both films are very similar.  Gibson’s character is dark, angry, and nasty, kind of makes me think what Martin Riggs might have become if he hadn’t met Roger Murtaugh in Lethal Weapon (1987 ).  Try and picture that and fast forward a few decades.