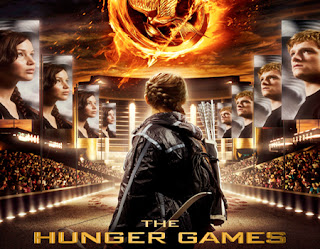 When it’s over, “May the odds be ever in your favor.”  So goes the quote that pulsates through The Hunger Games.  The games is an annual event that pits 24 chosen males and females to fight to the death with one victor in the end.  Jennifer Lawrence is Katniss Everdeen, who volunteers to enter the games on her sister's behalf after her young sister is chosen to fight in the games.  She leaves her family behind to face an unknown fate with much of the odds against her.  However, Katniss’s bravery and compassion helps to tip the scale in her favour by winning the support of the viewers.  Part reality show, part fashion show, and part media propaganda, Hunger Games uses all three aspects to create a society governed by the privileged and a nation on the verge of collapse.  Adapted from Suzanne Collins’s bestselling book, the film does a faithful job in bringing to life the characters and the world Collins envisioned, and this has much to do with the fact that Collins chose to be one of the film’s executive producers, giving her some control over how the film would play out on screen.  Smart lady.  Two reasons why I think The Hunger Games works - One, the filmmakers took the time to lay down the foundation – the setting, the characters, the circumstances.  The first 45 - 60  minutes were devoted to setting up the story, and after that, it was all about weaving those elements into the action.  The pacing was fantastic, never a dull moment; and Two, Lawrence truly carries the film.  Without Lawrence, the film would have gone in a very different direction.  I first saw Lawrence in A Winter's Bone.  She was amazing, unflinching and tough to the very end, and when I heard she would be casted as Katniss, I knew she would bring good things to the film, and she certainly does.  Lawrence is followed by a strong supporting cast including, Woody Harrelson, Stanley Tucci, Wes Bentley, Lenny Kravitz, and Elizabeth Banks.  Josh Hutcherson and Liam Hemsworth would not have been my ideal choice for Peeta and Gale, but they fared decent enough.  Let’s see how they sum up in the second film, Catching Fire. 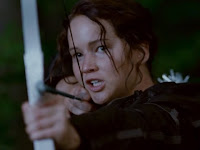 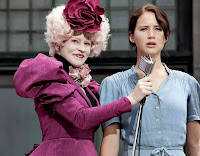 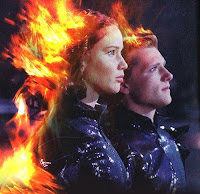